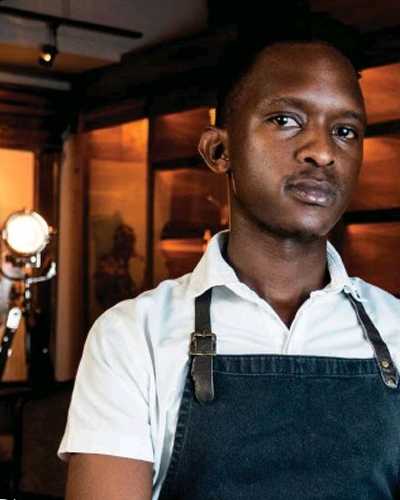 Oysters and beef fat, calamari and grapes, sweetcorn and hay – are a few of the dishes he serves up to test his diners. Vusi lives up to the reputation that he has built as chef who challenges the norms and pushes boundaries to produce unique and astonishing food.

Vusi was close to staying in Belgium long-term but eventually his roots called, and he returned to South Africa in late 2016.

Vusi Ndlovu is a young dynamic chef based in Johannesburg. His progressive cuisine has pushed people to explore the  boundaries of dishes they thought they would never eat. Oysters and beef fat, calamari and grapes, sweetcorn and hay – are a few of the dishes he serves up to test his diners. Vusi lives up to the reputation that he has built as chef who challenges the norms and pushes boundaries to produce unique and astonishing food. He even creates many of his own ingredients – bacon, sour cream and other ingredients that many chefs choose to order in.

Vusi joined the world of gastronomy in 2010 as a fresh, young matriculant with the world at his feet. His mom had big dreams for him and had hoped he would choose to study an engineering degree, but Vusi decided to buck the cultural trend that cooking was just for women and chose instead to become a chef. He began by cooking eggs and learning the basics as part of the in-house chef trainee programme in the kitchen of the Sheraton Hotel in pretoria. Vusi was ambitious and learnt quickly, and his desire to spread his wings eventually saw him jumping on a bus to Cape Town in 2012 to join Peter Tempelhof, one of his chef heroes of all time. Pete, a giant of a man and yet incredibly delicate with his food, showed Vusi what cooking was all about. Vusi found his role challenging and exhilarating and would not let hard work get in the way of his dreams. He began to take his work home and practice on his friends. He would buy angel fish at the market to practice his skinning and filleting techniques until he had mastered the art. Vusi worked with Pete for a few years where he grew into a strong, young chef that later became part of South Africa’s national culinary team.

When he was 24 years old, he left Cape Town and went back to Johannesburg to join Chef David Higgs at The Saxon. It was a massive opportunity – Higgs did not hire chefs for his exclusive restaurant unless they had some sort of international experience. Vusi was thrilled to be part of such a dynamic and leading team of chefs. It was here, under the guidance of Chef Higgs, that Vusi started to create his own dishes .This was the first time that Vusi had been allowed to experiment and create dishes that could potentially make it onto the menu.

Vusi recalls how Chef Higgs would take one of his creations, taste it and add something completely unheard of, elevating it to the next level and lifting it from good to great. Vusi had found his mentor, his God-chef and describes himself as a “Higgs’ disciple”. When Chef Higgs eventually left The Saxon to start up Marble, Vusi felt as if a part of himself had left too. There were such good memories there, but he felt it was time to move
on.

It was at this time that he decided to head overseas and join one of Europe’s top restaurants at the time, In de Wulf, in Belgium. The head chef there was just 32 years old and in Vusi’s words was a “Rockstar”. He was taught not to try too hard to be clever with food, that food is best in its simplest form and that if you can make it yourself, do it. Vusi was close to staying in Belgium long-term but eventually his roots called, and he returned to South Africa in late 2016. He worked as a private chef for a well-known businessman for a short period but preferred the social side of the kitchen and returned to The Saxon where he decided to start having some fun with food and experimenting.

It was here that he made his award-winning duck dish using skills, techniques and flavour combinations learnt from his tenure under in Belgium. Vusi was named as one of the top seven in the San Pellegrino Best Young Chef – and the number 1 young chef in Africa and Middle East. It was around that time that he joined Luke Dale-Roberts Joburg and recreate a pop-up restaurant based on Dale-Robert’s, Pot Luck Club. The pop-up was hosted at The Marabi Club and was an immediate success. But while the restaurant thrived, Vusi yearned for the creative freedom to explore and create his own dishes. This led to some amazing pop ups and collaborations with the likes of Uniliever food solutions, Findland food and art festival, Glenfiddich and fashion power house Prada , to name but a few.

Vusi has translated a passion for art, fashion design, and music into his kitchen and his mantra is to develop his team in such a way that they don’t do things out of fear, but out of respect for the craft.

Optimizing CULINARY EXPERIENCES of Every Kind, Every Size. Are You Next? 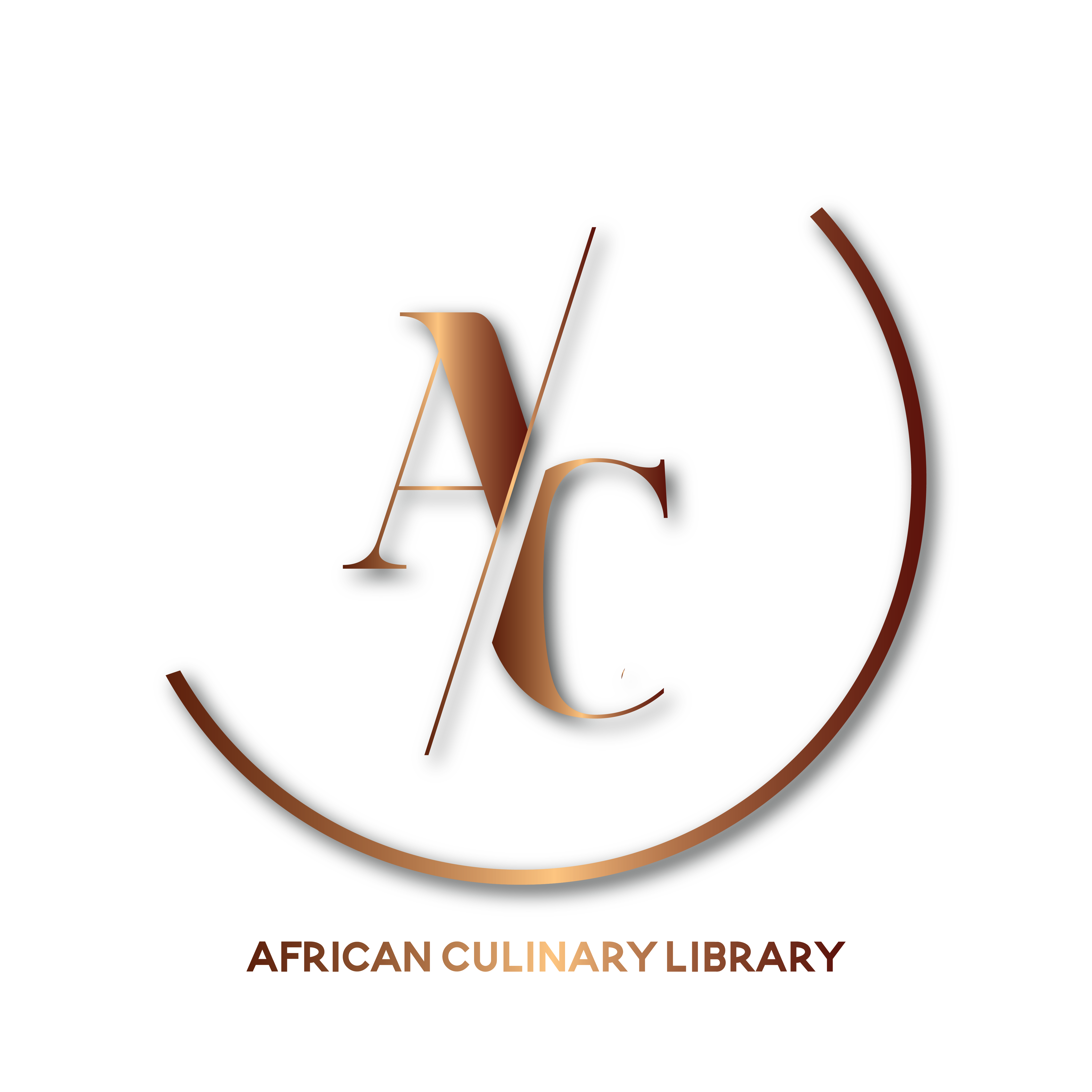 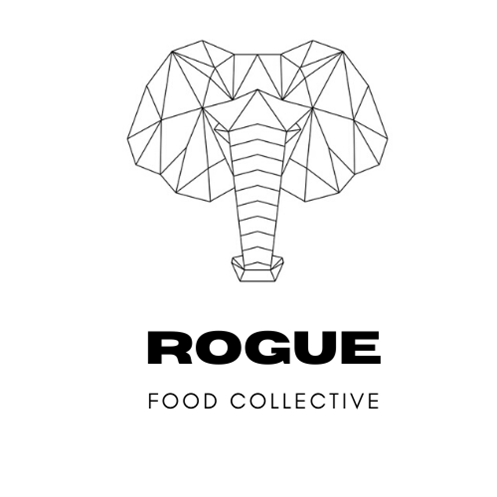 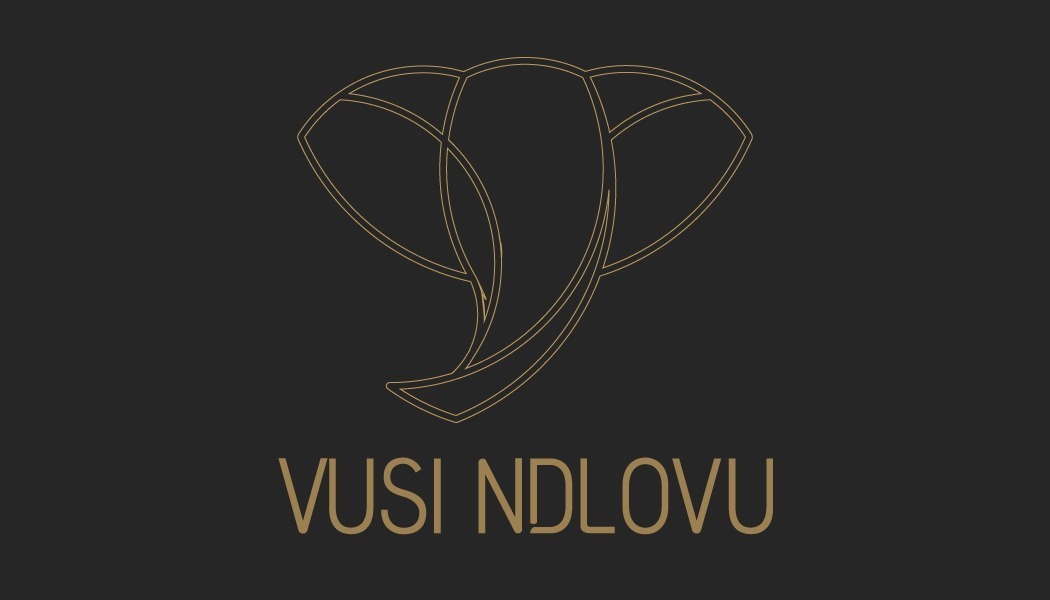